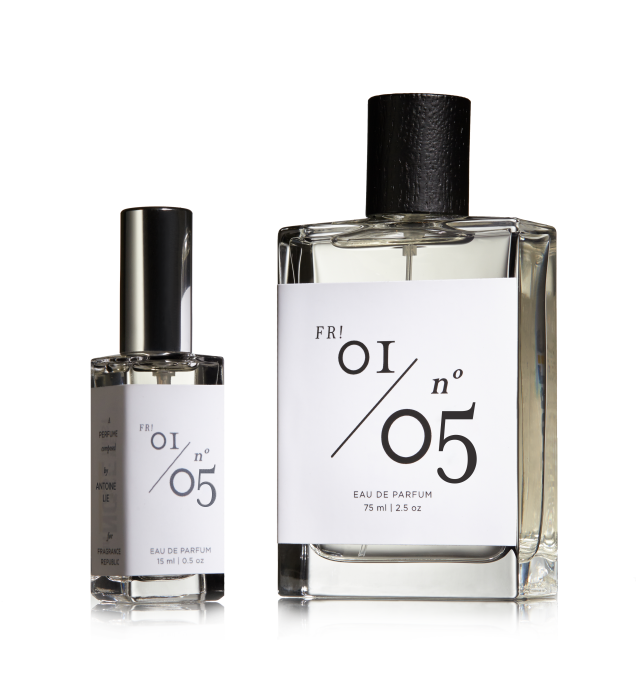 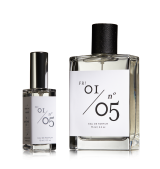 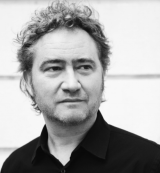 by Antoine Lie known for

For FR! 01/05, I experimented with notes that are often added to fresh hesperidium structures, seeking to enrich them without any kind of artifice. In a woody, spicy atmosphere composed of Vetiver and black fig, FR! 01/05’s green freshness lingers as the fragrance dries down. An impression of wormwood gives the scent a dangerous, forbidden allure, what the Frenchcall folie, a dash of madness!

As a child, Antoine was so sensitive to smell that he would refuse to eat his food if the aroma displeased him. In hismid-teens, he discovered the existence of the profession of perfumer and decided to orient his education in that direction. In 1986, he sat for the ISIPCA entrance exam but was not admitted. Refusing to give up, he pursued a degree in chemistry.

By chance, through a friend, he learned about the Roure Perfumery School, and in 1988, he began his degree there, studying the Jean Carles method. In 1991, Antoine became Jean Guichard’s assistant. Two years later, Jean Amic sent him to the US where the market was evolving; there, he also learned a highly effective method of formulation. When he returned to France, he spent two years with IFF, before joining Givaudan in 2003. However, creating “tested” perfumes did not satisfyhis creativity, and his fierce love of quality made himyearn for a new direction. At the end of 2011, Antoine joined the Paris perfumery team of Takasago.

Sold Out
Add to Cart